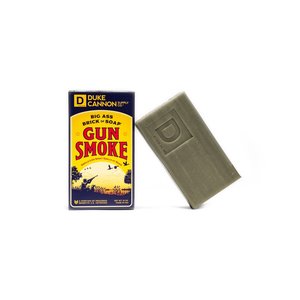 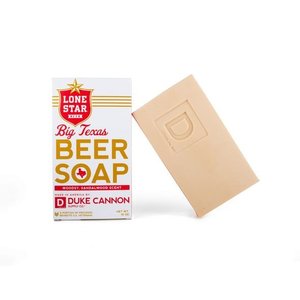 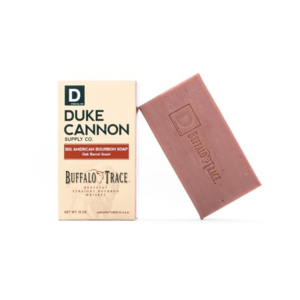 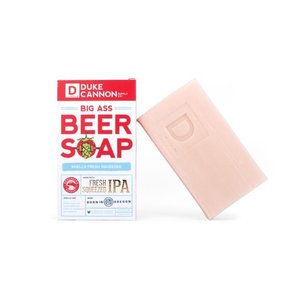 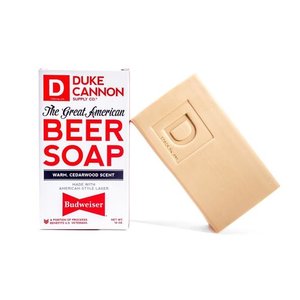 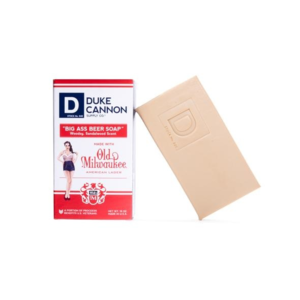 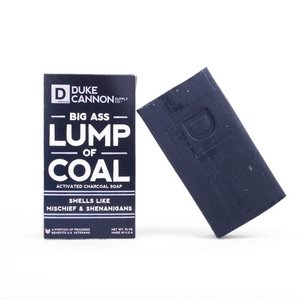 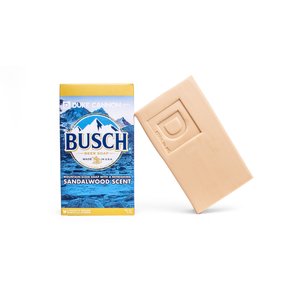 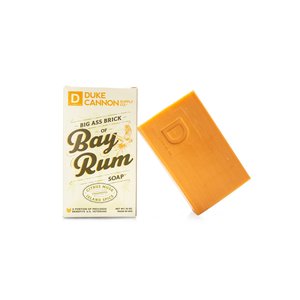 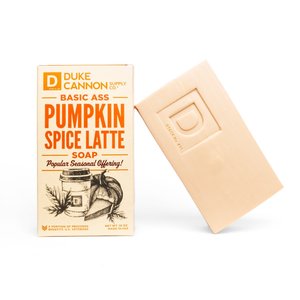 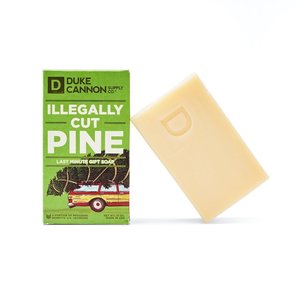 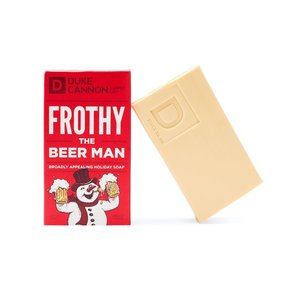 Duke Cannon doesn't do dainty soaps. At 10 oz. per "Big A** Brick", you'll feel like a man every shower.

Add to compare Add your review

Scents of the Soaps

One day while sipping a refreshing shower beer, Duke Cannon got the idea: what if we put beer in the soap? Turns out there are actual skin benefits that come from the beer, but that's just a nice side benefit of doing something awesome. So, we partnered with our friends at Old Milwaukee, purveyors of a quality domestic lager enjoyed by hard-working Americans since 1849. The result is a Big Ass Beer Soap that suds up well, gets you clean, and smells outstanding.

In the early days of the American Frontier, rugged pioneers indulged with a dry buffalo steak and a pull of whiskey, not $12 appletini and plate of bruschetta. Duke Cannon honors that independent, pioneering spirit by partnering with Buffalo Trace Distillery to add their award-winning Kentucky Straight Bourbon Whiskey to this Big American Bourbon Soap. Weighing in at a full 10 oz., this large, American-made soap has a rich, oak barrel scent that smells as good as bourbon tastes.

For a refreshing change of pace after a hard day's work, Duke Cannon enjoys the occasional Deschutes beer in the comfort of a cold shower. To honor that ritual, we poured a few cases of Deschutes Fresh Squeezed IPA in our soap vat, and the results were fantastic - a large, Big Ass Beer Soap with top notes of fresh citrus and neroli perfectly blended with base notes of sandalwood and oakmoss. It smells so good you'll want to swear more often. Crafted in Memphis with plant-based ingredients and Fresh Squeezed IPA Born in Bend, OR.

Duke Cannon has never ordered a chocolate martini at a ball game, and he's never capped off a 12-hour workday by cracking open a prosecco. Instead, Duke Cannon celebrates the simple wins in life by raising an amber glass bottle filled with a quality lager commonly known as the King of Beers.

Duke Cannon honors the authentic American values of freedom and ambition by partnering with Budweiser to add a hint of their beer to our large bricks of military-inspired soap.

This ain't no squirrel huntin' soap. This is big soap for big game hunting. At a hefty 10 oz., it's double the size of other hunting soaps, and it's made with a unique formula that captures odors, smothers them, and prevents their release. It's like a Special Forces combat mission against your scent. After all, true hunters know that getting winded is not an option.

One day while sipping a refreshing shower beer, Duke Cannon got the idea: what if we put beer in the soap? Turns out there are actual skin benefits that come from the beer, but that's just a nice side benefit of doing something awesome. So, we partnered with our friends at Old Milwaukee, purveyors of a quality domestic lager enjoyed by hard-working Americans since 1849. The result is a Big Ass Beer Soap that suds up well, gets you clean, and smells outstanding. (It doesn't smell like beer. It has a woodsy, sandalwood scent that smells like a man should.) To honor the military heritage of the Big Ass Brick of Soap, this particular item comes in Limited Edition "Stars and Stripes" pin-up packaging modeled after the iconic female wartime heroes of the WWII-era.

You see, we added a hint of Busch Beer to this sandalwood soap so you can smell as clear and bright as mountain air. Head for the mountains of Busch Beer Soap.

Duke Cannon has a zeal for making the most of life, both in vocation and leisure time. Always desiring to be surrounded by good company and close to the action-man in the arena; experiencing firsthand what all five senses have to offer.

Our Big Ass Brick of Bay Rum Soap is intended to celebrate this remarkable spirit through the invigorating scent combination of citrus musk, cedarwood, and island spices.

Offer your hard-working customers the best possible $10 vacation (in a box).

PRODUCT SPECS:
• At 10 oz., it's 2-3x the size of common, dainty soaps
• Triple milled for superior quality
• Made in the USA

Throw on your coziest sweater and bring the autumnal splendor of a Fall Harvest Festival to your store with the Basic Ass Pumpkin Spice Latte Soap.

One of our most requested scents ever.

An ideal fall Saturday in Duke Cannon Country involves just that — the country. There isn’t a minivan in sight, and the closest spoils of concrete are a good thirty miles away. While surrounded by your hunting buddies (two or four-legged), the sun pulls itself above the horizon line, and you’re filled with that particular adrenaline as your first shot rips across the sky.

Our new Big Ass Brick of Soap – Gun Smoke attempts to capture that moment. The whiff you’ll get isn’t exactly metallic Cordite; rather, notes of smoked wood, bourbon vanilla, and charred leather combine to form a rich, slightly smoky scent that reminds you of a successful morning spent alongside your favorite fellow sportsmen.

Legend has it St. Nick used to reward misbehaving children with bundles of twigs, bags of salt, and strings of garlic. Considering these alternatives, a lump of fossil fuel doesn't sound half bad. Duke Cannon honors this tradition with his Big Ass Lump of Coal - a premium soap formulated with activated charcoal and featuring the masculine scent of bergamot and black pepper. It's the best way to clean up after mischief and shenanigans.

Avoid the sad stench of artificial flame retardant and indulge in the freshest scent of the season with Duke Cannon’s Illegally Cut Pine Soap.

This large, 10 oz. soap features an invigorating aroma inspired by the fresh scent of Illegally Cut Pine, a practice we wholeheartedly discourage but imagine smells pretty nice. Avoid the misdemeanor trespassing charge and embrace the freshest scent of the season.

“Frothy the Beer Man was always full of cheer. With two ice cold mugs and a big ‘ol keg, he preferred to share his beer.”

Share the best stocking stuffer of the season when you give the Frothy The Beer Man Soap. This large, 10 oz. soap is made with beer, but it doesn’t smell like it. It has a woodsy, sandalwood scent that most men and women find mighty appealing.

0 stars based on 0 reviews Add your review